We continue to increase the efficiency of the monitoring of our impact on the environment and the implemented solutions while trying to minimize our impact on natural resources, ecosystems, but also on the future of our business.

We use renewable energy sources (RES for short) in the form of combustion and co-combustion of biomass, hydropower, wind farms and biogas plants. 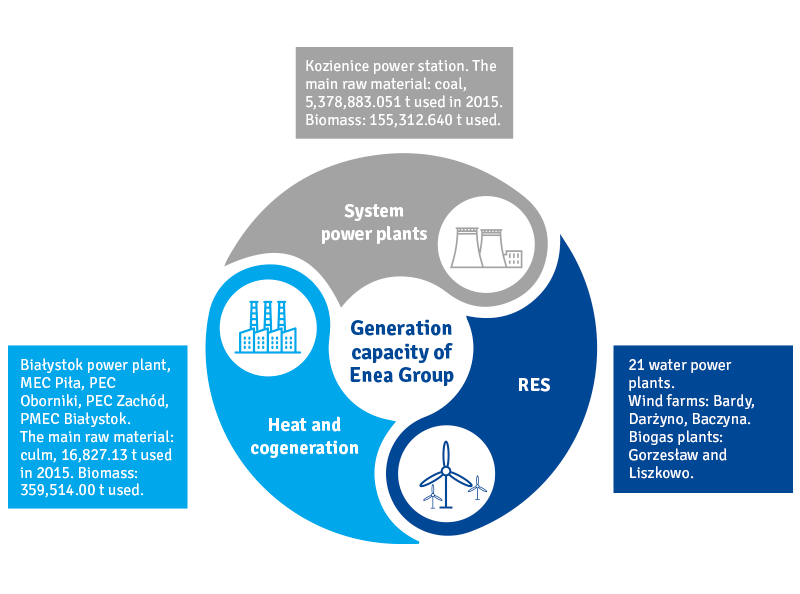 The most important initiatives in the RES area

Existing and planned capital expenditures of Enea in renewable energy

These amounts were spent in 2015 primarily on the development of new energy sources in the areas of wind energy and photovoltaics as well as modernization of hydroelectric power and biogas.

In 2015, within the RES segment, we conducted intensive activities in the area of acquisition of wind projects. On August 7, 2015, we entered into a preliminary agreement to purchase a 100% stake in the company which is building a wind farm with a capacity of 36 MW.